A demonstrated service life of over 200-years in the US, is the longest in the industry.

Unmatched abrasion resistance, a Mohs hardness of 9, average compressive strength of 18,000 lbs., all result in a pipe that can withstand jetting pressures of 5,000+ psi, flow rates of 80 GPM all while using any desired jetting angle.
VCP is unaffected by age or aggressive effluents.

Comparatively, …”The main feature of plastics and polymer composites is that their physical, mechanical, thermal and chemical properties are strongly time and temperature dependent.” 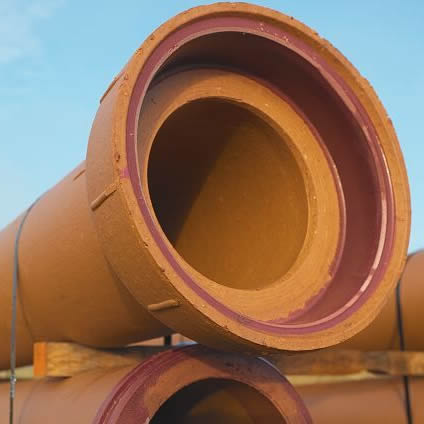 Natural material longevity and expanded maintenance options combine to deliver the best long-term value in sanitary sewer pipe. Municipalities consistently prioritize long-term value over short-term cost. That is why public buildings and schools are generally built with brick and it is why clay pipe is the right choice to serve the long-term interests of your community. 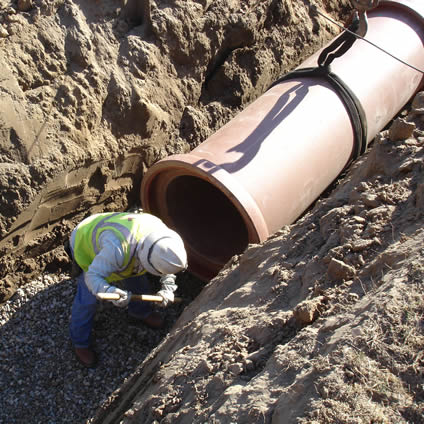 As a ceramic, Vitrified Clay is an asset to sewer system maintenance professionals.  Systems with VCP lines allow for greater selection of cleaning tools and more aggressive cleaning for tough challenges.  Abrasion-resistance has always been an important material property of Vitrified Clay Pipe (VCP), but as modern cleaning methods develop, it becomes even more significant.

The Logan O-Ring joint has proven to be a reliable, water tight joint for more than 50 years.  When installed in accordance with ASTM C12 specifications, our pipe and O-Ring joints eliminate the infiltration that was prevalent in early clay pipe lines.

The clay pipe sewers installed early in our nation’s history were not supplied with a joint.  The installers joined pipe by applying tar or mortar in the trench.  These joints allowed significant infiltration which was beneficial as it diluted the effluent and cleaned the lines.  These sewers generally discharged into waterways without treatment.

As cities began treating sewage, infiltration became an expense.  Logan Clay responded by introducing factory applied joints.  Each generation of factory applied joints improved upon the last until the O-Ring joint was developed, achieving the leak-free performance that communities require. 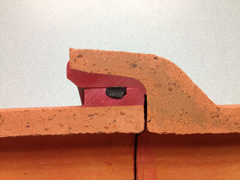 For submittal information for trenchless installations, please contact our office.

Founded in 1890, Logan Clay Products, LLC has a rich history of manufacturing clay products in the United States - going back over 130 years.
READ MORE

Clay masonry products are made from the ultimate green materials: clay and shale, which are entirely natural and in abundant supply.
READ MORE
© 2022 Logan Clay Products LLC. All rights reserved. Site by Pave Eleven